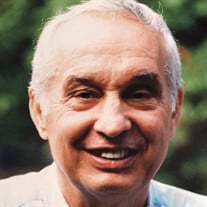 Anthony “Tony” Sellari died peacefully in his home in Kannapolis, NC on May 31, 2020, surrounded by his family. Tony was born in Arnold, PA on December 30, 1927 to Alfonso and Nicoletta Sellari. He was a graduate of Ken High School and earned his degree in Secondary Education at Lenoir Rhyne University. He arrived there on a basketball scholarship where he had an illustrious career, was named All-State in 1952 and later inducted into the L-R Hall of Fame in 1981. It was at L-R that he met the love of his life, Doris Plaster of Kannapolis. They married in 1949, and in 1952 moved to Wadesboro, NC where he began his 35-year career as a high school teacher and successful basketball coach, first at Wadesboro High School, then at Burrell High School in Lower Burrell, PA from 1966-1987. He led his teams to numerous championships, was named Coach of the Year by the Pittsburgh Press in 1979 and was inducted into the Allegheny-Kiski Valley Sports Hall of Fame. Tony was a man of God, leader in his church and community, Navy veteran, a wood craftsman, great dancer, and cotton candy entrepreneur. He loved playing cards, sports, country music, southern cooking, and was proud of his Italian heritage. But he was most passionate about his wife of 71 years, his children, family and friends. He is survived by his wife Doris; his five children Gary Sellari (Cyndy), Scott Sellari, Anthony Sellari, Nicci Fry (Phil) and Dodi Sellari; his brothers Bobby Sellari (Patti) and Tommy Sellari (Sylvia); His seven grandchildren and ten great-grandchildren; seven nephews and five nieces. He is preceded in death by his parents, his sister Nancy, and brother Alfonso, Jr. (Faye). A service will be held at St. Enoch Lutheran Church on Sunday June 7, 2020 at 2:00 p.m. Viewing is at 1:00 p.m. with the service immediately following. In lieu of flowers, memorial gifts may be made to St. Enoch Lutheran Church, 701 Campbell Avenue, Kannapolis, NC 28081.

Anthony &#8220;Tony&#8221; Sellari died peacefully in his home in Kannapolis, NC on May 31, 2020, surrounded by his family. Tony was born in Arnold, PA on December 30, 1927 to Alfonso and Nicoletta Sellari. He was a graduate of Ken High School... View Obituary & Service Information

The family of Anthony Sellari created this Life Tributes page to make it easy to share your memories.

Anthony “Tony” Sellari died peacefully in his home in Kannapolis,...

Send flowers to the Sellari family.