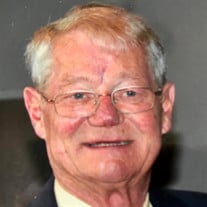 On Wednesday, August 7, 2019, David Young Dodd, loving husband and father passed away at the age of seventy-six. David fought a good fight for six years against lung cancer. He was under the expert care of many excellent doctors and nurses and we are grateful for their care. David was born in Henderson, NC on November 28,1942 to Rebekah Young Dodd and Claude Swanson Dodd. On November 29, 1969, David and Sue were married in Kinston, NC. This was their 50th year of marriage. David was a proud veteran and served his country in Germany for three years. He was awarded the National Defense Service Medal and was a sharpshooter in service. He was proudly in the United States Army and was forever a patriot. He loved his family, his church and his country. David was an active member of First Baptist Church in Kannapolis. He served as a deacon, and on various committees and served a year as Sunday School Director. David for many years was in the banking business. He opened a new branch in Landis for Security Bank and enjoyed many years of serving the citizens of Landis. His favorite job came after retirement. He enjoyed courier work and delivering all over the southeast. David had a passion for the weather and was often called by friends and family to forecast the weather. He was also known for his quick wit and sense of humor, his infectious smile and compassionate spirit. He loved his friends dearly and always enjoyed telling funny stories with a group of friends. David was preceded in death by his mother, Rebekah, his father Claude, and his brother Swanson and step-father, James Crawford Cooper. He is survived by his wife Sue; two daughters, Mary Frances Dodd, of Telluride, Colorado and Anne Fuller Dodd and Kimberly Young of Atlanta; his brother, Bill Dodd and wife Joy; sister-in-law Agnes Dodd, and many beloved nieces and nephews. A funeral service will be held on Sunday, August 11, 2019, at 2:00 pm at First Baptist Church. A visitation will be held afterwards in the church fellowship hall. Burial will be a private service at the Salisbury National Cemetery. In lieu of flowers, memorials may be made to the First Baptist Church Building Fund, 101 N. Main Street, Kannapolis, NC 28081 or to the Charity of the Donor's Choice. The family would like to say a special thank you to the doctors and nurses of NorthEast who faithfully and expertly cared for David since his diagnosis in 2013. We would also like to thank Miranda and his Hospice team for their loving and gentle care.

On Wednesday, August 7, 2019, David Young Dodd, loving husband and father passed away at the age of seventy-six. David fought a good fight for six years against lung cancer. He was under the expert care of many excellent doctors and nurses and... View Obituary & Service Information

The family of David Young Dodd created this Life Tributes page to make it easy to share your memories.

Send flowers to the Dodd family.