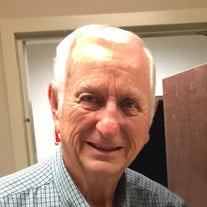 Mr. Edwin Gary "Dude" Sifford, 82, passed away Tuesday, January 21, 2020, at his home in Concord. A funeral service is scheduled for 3:00 pm Friday, January 24, 2020, at Friendship Southern Baptist Church presided over by his pastor, Rev. Jesse M. Watkins, Dude's longtime friend, Rev. James S. Smith and Rev. Robert Mayfield. Interment will follow at Carolina Memorial Park in Kannapolis. The family will receive friends from 12:30 to 2:45 pm Friday at the church prior to the service. Mr. Sifford was born January 3, 1938 in Cabarrus County. He was a son of the late George Ralph Sifford and Bertie Morgan Sifford. Dude was a graduate of Winecoff School. In his early years, he worked at Poole's Esso in Concord. June 1, 1960, he joined the Concord Police Department, from where he retired. Dude was also a tree surgeon, as he'd tell his family, and climbed many a tree in the Concord area. He never stopped climbing or cutting, even into his 80s, even though he fell out of a few in his younger days. He loved fishing as often as he could with his son, Garry, and his buddy, David Love. He'd say to Garry, "They say to take a kid fishing." He spent many days on the beach fishing with his family too. Wednesdays were reserved for goody and grocery shopping, lunch and sometimes a visit to an old friend with his daughter, Evonne. Dude loved a good deal and could fix about anything his family broke. He'd always say, "I can fix anything but a broken heart." Dude attended Friendship Southern Baptist Church and loved his Pastor and Sunday School class. He accepted Jesus on the Sunday night of October 30, 1988. In addition to his parents, he was preceded in death by his brother George R. Sifford, Jr.; and his sisters, Wanda S. Teal and Shirley S. Goodman. Mr. Sifford is survived by his wife of 63 years, Ann Miller Sifford, who faithfully loved and took care of him over the years; daughter, Evonne Sifford Caudill and husband George; son, Garry Sifford and wife Sharlyn; grandchildren, Christiane "Buttons" Cardell and husband Erick, Josh Caudill and wife Natalie, Timothy Sifford and wife Lindsay and Dara Sifford; great grandchildren, Lila Cardell, Bradley Cardell, Cole Caudill, Emma Sifford and Anthony Sifford; brother, James Sifford and wife Giau; sister, Barbara Patterson; sister-in-law, Margaret Sifford; his great friends, David Love, Don Ayscue and Henry Crowder; many nieces and nephews; and special nephew, Larry Clay and wife Geri. The family would like to give a special thanks to Hospice, especially Louann, Samantha and Cindy along with neighbor Cathy Hunter, for their help and care. Thank you to our church family and friends, and to his favorite nurse at CMC Main, Tiffany Cobb, for their support, visits and prayers. Thanks also to Dr. Richard Natale for his never ending help and support. Also thanks to Dr. Riggs, Dr. Teng and Dr. Hill at Levine Cancer Institute in Charlotte. In lieu of flowers, the family asks that donations be made to Friendship Southern Baptist Church's Mission Program or the Building Fund, 180 West Avenue SW, Concord, NC 28027 or to Hospice & Palliative Care of Cabarrus County, 5003 Hospice Lane, Kannapolis, NC 28081.

The family of Edwin Gary Sifford created this Life Tributes page to make it easy to share your memories.

Send flowers to the Sifford family.