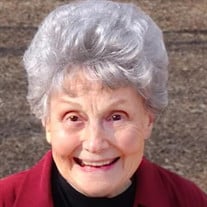 Evelyn Kluttz Sills, 97, passed from this life to the first day of her new life on Friday, March 27, 2020, at the Tucker in patient unit of Hospice of Cabarrus County. She had continued to live at her home in Jackson Park (Kannapolis) until the prior week. She was born March 20, 1923, to the late Maurice H. and Blanche Peeler Kluttz in Granite Quarry, NC. She graduated from Granite Quarry High School in 1940 and from Catawba College in 1944 with a BS in Business Administration. After beginning work in the business world, it became apparent that her true love was dancing. She opened a dancing school in Kannapolis, NC in 1949. Evelyn had a significant impact on over 1500 students. She offered a variety of classes that included ballet, tap, jazz, baton, acrobatics and ballroom dancing. Students started as early as three, with most taking classes for multiple years and into high school. Evelyn’s expectations in class for each student were clear, treat all with respect, pay attention, and try your best. Evelyn’s faith in Jesus was strong and sure. She was a member of St. Peter’s Lutheran Church while living in Granite Quarry. After moving to Kannapolis, Evelyn and her family were members of First Baptist Church. Though not as active in the church over the past few years, she continued her Bible study, seeking to understand the Word and how God would have her live. As successful as she was with her dance school, family was most important to her. Evelyn married Adam P. Sills, Jr. in 1950. They created a home in Kannapolis where they raised three sons. Following the guidance of a favorite aunt, “don’t try to treat your children all the same, try to do the best you can for each of them at the time”. And she did just that. She worked to understand their needs and help them achieve their goals. Always thinking of ways she could help them and their families. She was devoted to her parents and her sister, the late Sue Kluttz Bernhardt. Her sister was considered her closest friend. Evelyn was preceded in death by her sister and brother-in law Sue and Ray Bernhardt and by her husband of 55 years, Adam P Sills, Jr. She is survived by: sons, Steve Sills and wife Phyllis of Charlotte, Richard Sills of Asheville, and Eric Sills and wife Denise of Chapel Hill; grandchildren, Melanie Ray and husband Tripp, Sabrina Sills, Elizabeth Sills, Matthew Sills, and James Sills; and great-grandson, Tristan Ray. She is also survived by her sister’s children; Suzanne Bernhardt Wellman, Raynette Bernhardt Edge, and Tony Bernhardt. The family wishes to thank Teresa McDaniels for her kind and constant help to Evelyn in recent years. A memorial service will be held at a later date. Her favorite charities were Cooperative Christian Ministry of Cabarrus County and other charities and ministries that care for children.

Evelyn Kluttz Sills, 97, passed from this life to the first day of her new life on Friday, March 27, 2020, at the Tucker in patient unit of Hospice of Cabarrus County. She had continued to live at her home in Jackson Park (Kannapolis) until... View Obituary & Service Information

The family of Evelyn Kluttz Sills created this Life Tributes page to make it easy to share your memories.

Evelyn Kluttz Sills, 97, passed from this life to the first day...