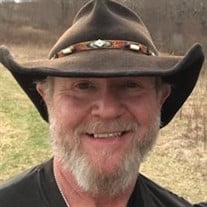 Mr. Marvin James Carlton, 57, of China Grove, passed away Sunday, April 21, 2019, in Marion, NC. A Celebration of Life is scheduled for 2:00 pm Thursday, April 25, 2019, at Charity Baptist Church in Kannapolis. The family will receive friends Thursday at the church following the service. Mr. Carlton was born December 10, 1961 in Dallas County, Alabama. He was a son of the late Norman Clarence Carlton and Vera Wilson Carlton. Marvin was a member of the National Rifle Association and the North Carolina Sheriff's Association. Marvin was a veteran of the US Army and was Vice-President of Alcar Construction, Inc. of Concord for over thirty years. In addition to his parents, he is also preceded in death by a sister, Brenda Carlton; and granddaughter, Kortlyn Grace Carlton. Mr. Carlton is survived by his wife, Maria Grass Carlton; two brothers, Steve Carlton and wife Pam of China Grove and David Carlton of Lexington; two daughters, Mandy Grice and husband Jeremy and Georgia Carlton and her mother Kim; sister, Rhonda Anderson and husband Tom of Concord; three grandsons, Korbyn Bray Grice, Josh Grice and Jayden Grice; Godson, Jibreel Khan; and three step-children, Dillon Bentley, Montana and Matthew Kimrey. Marvin loved his daughters more than anything in the world and took care of everyone in his corner. Memorials may be sent to Wounded Warriors Project, PO Box 758517, Topeka, KS 66675-8517.

The family of Marvin James Carlton created this Life Tributes page to make it easy to share your memories.

Send flowers to the Carlton family.