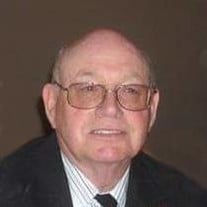 Mr. Richard James "Jelly" Jellison, formerly of Millport, NY, 74, passed away Sunday, November 10, 2019, at Tucker Hospice House in Kannapolis. A memorial service is scheduled for 5:00 pm Thursday, November 14, 2019, at Lady's Funeral Home Chapel. Pastor Mike Roper will officiate. Full Military Honors will be provided by the US Army following the service. The family will receive friends from 4 to 4:45 pm Thursday at Lady's Funeral Home. Mr. Jellison was born August 7, 1945 in Corning, NY. He was a son of the late Jessie Jellison, Sr. and Fannie Saxbury Jellison. He was a retired Lieutenant from the New York State Department of Correctional Services of 30+ years. Dick considered himself to be a very hard working and honest employee. He was also a retired member of the United States Army Reserve of 28 years, achieving the proud rank of Chief Warrant Officer Three. One of his proudest moments in the military was when the American Flag was flown over the Capitol Building in his honor on August 21, 1989. He always felt that the food service personnel under his supervision earned that honor and not himself. In addition to his parents, he was preceded in death by three sisters, Danita Shephard, Jeannie Scraton and Shirley Gerow; two brothers, Jessie Jellison, Jr. and Ernie Jellison; and great grandson, Parker Munn. Mr. Jellison is survived by two daughters, Deanna Hardin and husband Todd and Tammy Johnson and husband James, both of Kannapolis, NC; five grandchildren, Christina Munn, Nicholas Munn, Alexis Hardin, Mia Jellison and Isaiah Jellison; three great grandchildren, Emmaline Munn, Elijah Atkinson and Dalton Young; two sisters, Cindy Bradshaw and Joyce Gerow; many nieces and nephews; and last but certainly not least, his wife, Adrianna "Ann" Smith Jellison. Memorials may be sent to Hospice & Palliative Care of Cabarrus County, 5003 Hospice Lane, Kannapolis, NC 28081.

The family of Richard James Jellison created this Life Tributes page to make it easy to share your memories.

Send flowers to the Jellison family.