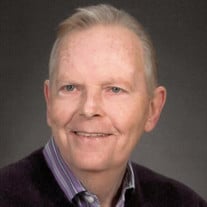 Mr. Dennis Durand, 73, of Kannapolis, passed on to his Maker, Monday October 12, 2020, as a result of complications from Agent Orange, while serving on the USS America in Vietnam. Dennis was born September 12, 1947 in Queens, New York, son of the late William J. Durand, Sr. and Margaret Lynch Durand. Dennis proudly served his country in the US Navy. He was wounded, while the USS America was attacked in the Gulf of Tonkin. He saved three fellow sailors, during the attack, and was awarded The Purple Heart, and Bronze Star, along with other Medals. Mr. Durand received an Honorable Discharge in 1970. If you have ever taken the time to know Dennis, you would have found that he was a truly amazing man. Before getting to all of his incredible accomplishments he has made in life, you need to remember that during this time he was courageously battling a multitude of different cancer riddled through out his body.Not once did he ever complain of pain. Dennis was a very successful business man. He was an international examiner with the Federal Reserve Banks in New York and in Europe. He was also a CEO of the International Dept. of Landmark Bank in Ft. Lauderdale, Florida. In addition he owned and operated The Forget Me Not Florist in Margate, Florida. When he moved to Concord, he owned and operated The HC Hahn House, a Bed and Breakfast. In addition, he also served the community by helping with Hospice of Cabarrus County and the Cabarrus Cooperative Christian Ministry. Dennis was a devout Catholic and active member of St. James The Greater Catholic Church in Concord. He loved his God and Church and served well over 25 years as a Sacristan. Dennis was so talented that he decorated the church for all Holidays and maintained the Sanctuary. His faith was steadfast and a true inspiration for those facing challenges in their lives. He was a 4th degree Knights of Columbus. The family will receive friends on Monday, October 19, 2020, between 12 and 8:00 pm at Lady's Funeral Home with a Rosary Service held at 12:15 pm. Father Jerome Chavarria, C.S.s.R will officiate.. A Funeral Mass will take place at a later time at St. James The Greater Catholic Church and entombment will follow at the St. James The Greater Church Cemetery. In lieu of flowers, memorial contributions may be made to St. Jude's Children's Research Hospital, 262 Danny Thomas Place, Memphis, TN 38105. Dennis was a avid supporter of St. Jude's. He is survived by his best friend and caregiver Andrew Ferraro of the home and his loving dog, Copper.

Mr. Dennis Durand, 73, of Kannapolis, passed on to his Maker, Monday October 12, 2020, as a result of complications from Agent Orange, while serving on the USS America in Vietnam. Dennis was born September 12, 1947 in Queens, New York, son of... View Obituary & Service Information

The family of Dennis Durand created this Life Tributes page to make it easy to share your memories.

Send flowers to the Durand family.