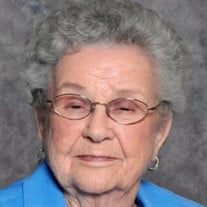 Mrs. Virginia Dare Munday Rodgers, 98, formerly of Azalea Avenue of Kannapolis, passed away Tuesday, October 8, 2019, at Morningside of Concord. A funeral service is scheduled for 2:00 pm Saturday, October 19, 2019 at Mt. Olivet United Methodist Church. Rev. Neal Jones and Rev. Wes Judy will officiate. Interment will follow in the church cemetery. The family will receive friends from 12:30 to 1:45 pm Saturday at the church. Mrs. Rodgers was born September 4, 1921 in Cabarrus County. She was a daughter of the late Grover Cleveland Munday and Ella Arthurs Munday. Mrs. Rodgers graduated from Winecoff High School, Class of 1938. She worked for Cannon Mills as a Lab Tech in the Laboratory and retired from the Billing Department of Fieldcrest-Cannon as an Order Entry Clerk. She was an officer and leader in Shadybrook School PTA. She was an active member of Mt. Olivet United Methodist Church, the Ada Dayvault Circle and United Methodist Women, where she held leadership positions in local and Salisbury District. Mrs. Rodgers was also a Sunday School Teacher. Her talents and skills were cooking, sewing, gardening, reading, entertaining family and friends, flower arranging and wreath making. Mrs. Rodgers, lovingly known as "Nana" to her family, was a woman of courage and faith. During WWII, while her husband was a Prisoner of War, Virginia cared for her family and never gave up hope that he would come home alive. Every weekend, she went to Charlotte to check the war records for news about him. Her prayers were answered when he escaped from prison and came home in 1945. Rick and Virginia were able to have three more children in addition to their first son, and eventually had a happy life together. They were married for 72 years. In addition to her parents, she was preceded in death by husband, Warner Rickard Rodgers, Sr.; daughter, Rebecca Delane Rodgers; two brothers, Manly and Robert Munday; and two sisters, Faye Harrington and Verlie Sherrill. Mrs. Rodgers is survived by daughter, Janet Rodgers Johnson and husband Joel of Kannapolis; three sons, Warner Rickard Rodgers, Jr. and wife Delinda of Kannapolis, Bob Rodgers and wife Vickie of Hickory and Bill Rodgers and wife Cathy of Raleigh; sister, Era Lee Munday Wright of Madison, AL; nine grandchildren, Trip, Scott, and Andy Rodgers, Hope J. Beam, Meredith J. Spry, Paige Humble, Lee Rodgers, Ginny Mann and Chip Rodgers; 14 great grandchildren; and two great-great grandchildren. Memorials may be sent to Mt. Olivet United Methodist Church General Budget or Kenya Fund, 301 Mt. Olivet Road, Concord, NC 28025 or to Hospice & Palliative Care of Cabarrus County, 5003 Hospice Lane, Kannapolis, NC 28081. The family would like to thank the staffs of Morningside of Concord and Hospice of Cabarrus County for their love, care and support of Nana.

The family of Virginia Dare Munday Rodgers created this Life Tributes page to make it easy to share your memories.